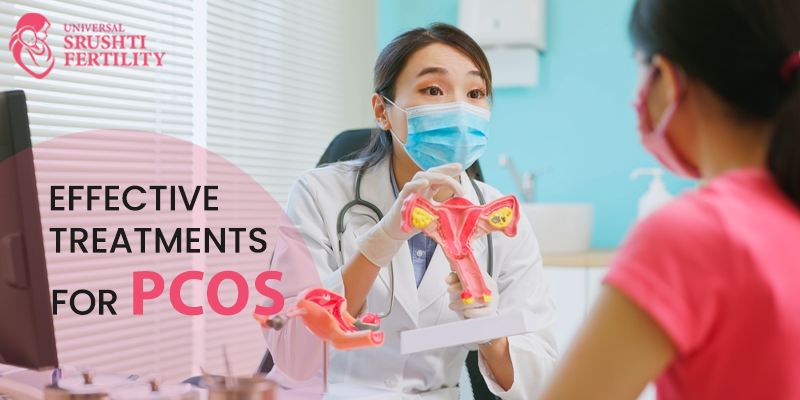 POLYCYSTIC OVARY SYNDROME (PCOS) – Everything you should know

At least ten percent of all women are affected by the condition known as PCOS, which is characterized by hormonal imbalances. It is possible to cure PCOS, which causes infertility in a significant number of women who suffer from the condition if you visit the best Infertility center.

WHAT EXACTLY IS PCOS? When you should seek the best PCOD treatment

PCOS, which stands for polycystic ovarian syndrome, is one of the most prevalent hormonal conditions that affect women. At least 10% of women in their reproductive years are afflicted with this condition. The majority of women who have PCOS have menstrual cycles that are either irregular or nonexistent. Additionally, the majority of these women have excessive hair growth on their faces, chests, and/or lower abdomens. There will be a lot of trouble becoming pregnant for a lot of ladies. Additionally, greater than half of women who have PCOS are overweight. If you are suffering from any of these conditions you must visit the doctor to seek the best PCOD Clinic in Hyderabad. Fortunately, each of these issues may be properly handled in some way.

An evaluation for polycystic ovary syndrome (PCOS) consists of a physical exam, a transvaginal ultrasound to search for polycystic ovaries, as well as a variety of blood tests. The most significant blood tests check to see whether there are abnormally high amounts of male hormones (which all women have) and screen for other illnesses that may be related to the condition, such as hypothyroidism, high cholesterol, and diabetes. PCOS patients, especially those who are overweight, have an increased risk of developing diabetes in adulthood. Due to this reason, a test for diabetes should be carried out about once a year.

Infertility caused by polycystic ovary syndrome (PCOS) is the consequence of diminished ovulation (egg release), and the condition is treated with oral fertility medications to promote ovulation. These tablets, when taken as directed by the doctors of the best fertility center, lead to pregnancy within a few months in the majority of people with PCOS, with just a little increase in the chance of having twins. If a woman has been undergoing ovulation induction for at least six months and still has not conceived a child, she may be a candidate for in vitro fertilization (IVF), a treatment that is undoubtedly more successful but also far more costly. When undergoing in vitro fertilization, women who have PCOS often get a much higher number of eggs and embryos than the typical infertile woman does. This is one of the few good features of PCOS.