Some couples are unable to have a pregnancy in the natural way because of infertility, either in male or female. For such couples, there are many treatments available that include innovative assisted reproductive technology (ART) procedures like Intrauterine Insemination (IUI), In vitro fertilization (IVF), Intracytoplasmic sperm injection (ICSI), where they can have a pregnancy.

But some couples have severe medical problems making pregnancy almost impossible. Even for them, there is a heartwarming process called surrogacy, an assisted reproductive technique that helps many couples fulfil their dream of having a family.

Suppose you can’t carry a pregnancy and still want to become a mother of a biological baby, consult our experts at Universal Srushti Fertility Center. In that case, we can show you the way to make your desire a reality. With the help of a surrogate mother, you can still become a father and mother of your biological child with a genetic connection to one of you at least.

Surrogacy is an assisted reproduction procedure where another woman(surrogate mother – “surrogate” means “substitute.”) carries a baby of you and your partner if you are unable to sustain a pregnancy. The reason might be the absence of the uterus or having any other medical conditions that result in dangerous or impossible pregnancy.

Surrogacy is classified into two types based on the genetic relation to the surrogate.

Gestational Surrogacy: It is also called host surrogacy, where the woman who carries a baby called the gestational carrier is nowhere related to her genetically except the biological relation. In gestational surrogacy, an embryo is created through IVF or ICSI either with your eggs or donor eggs fertilized by your partner’s or a donor’s sperm. The embryo is then transferred into the surrogate woman’s uterus, where it grows into a baby and ready for delivery after nine months.

Surrogacy programs are rare because of ethical and legal complications. The legal proceedings are tricky because they are governed by individual state laws. In fact, some states allow only gestational Surrogacy.

Who can use Surrogacy?

The Association of Reproductive Medicine clearly states that Surrogacy is allowed only when there is fair and reliable medical evidence that naturally prevents the intended couple from having a child.Some of the reasons that strongly recommends Surrogacy are:

Who can act as a surrogate mother?

Who is a Surrogate Mother?

A surrogate mother is the woman who bears pregnancy and gives birth to a child for another couple incapable of having children; usually, the wife is infertile or unable to carry the pregnancy.

What does Surrogacy involve?

Surrogacy involves an agreement for carrying a baby for the intended couple, and after the birth, the surrogate mother should give the baby to the intended parent or parents. Surrogacy has multiple legal procedures and medical measures that need to be met. Seek professional advice before you choose to undergo this process.

In the case of traditional surrogacy, the surrogate mother provides the egg, so the baby might look like a surrogate mother because there is a genetic relation. If the embryo is produced with the egg and sperm of the intended couple or donors, then the baby looks like those two people.

The average cost of Surrogacy in India

Is Surrogacy legal for foreigners in India?

Indian surrogacy laws were changed in 2018, almost after two years of debate and made commercial Surrogacy illegal for foreign intended parents to have a surrogate mother in India. The law allows Surrogacy only for needy, infertile couples of Indian residents.

To know more detailed and crystal clear information, consult Dr. Namrata, Fertility Doctor at Universal Srushti Fertility Center. She has more than 30 years of experience in treating various fertility problems and is renowned for surrogacy procedures in Hyderabad.

The smile on every face below defines our commitment towards success. We helped 100’s of couples to fulfill their dream of having a child since 1999. 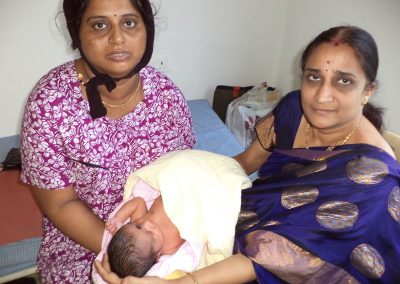 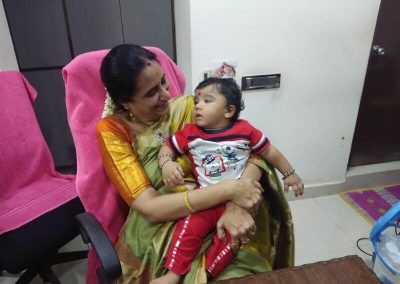 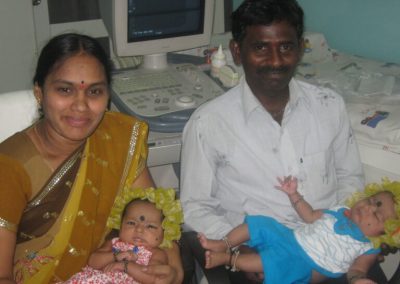 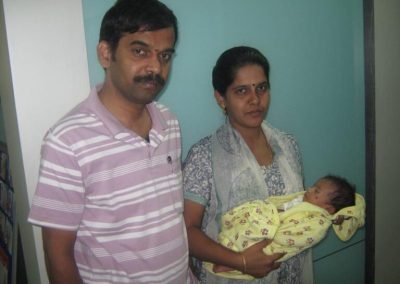 Book now and Get Free Fertility Consultation for the first time